The cafe has blush pink walls, square white tables, and a cherry wood counter. To the right of the register is the glass case offering the establishment’s delicious pastries to the world. The smell of cinnamon and sugary-sweet glazed doughnuts fills the air as I find a table and take a seat.

A large mocha frappuccino sits in front of me with steam swirling away from the mug. The owner of the eatery emerges from the back with a fresh tray of chocolate iced doughnuts with sprinkles. Thunder crashes outside as he places the fresh doughnuts in the glass case.

Turning to look out the window, I’m greeted by a grey sky that promises a storm. I’ve never agreed with the idea that sunny weather made for a beautiful day. I eagerly await the rain for the feeling of tranquility and a break in the humidity.

I’ve chosen a black blouse with short sleeves and a pair of denim capris, hoping Laura won’t mind if I dress casually. My curls are pinned up to keep them out of my face and off my neck. It’s too hot for much makeup, but I’m really fond of deep red lipstick right now and I couldn’t help myself.

Laura Mae: Hello Mylynne! Thanks so much for interviewing with me today!

V. Mylynne Smith: Absolutely! Thank you for having me!

L: Of course! How has your day been so far?

V: My day went really well, actually. I had a lot of free time at work today so I snuck in some reading

L: Oh awesome! What are you currently reading?

V: I JUST finished reading Demon’s Destiny by Sarah Bailey – I loved it, by the way. Now I’m reading The Quick by Lauren Owen, and I’m about halfway into it.

L: Very cool! I know Sarah, she’s so sweet! Her book does look amazing. What type of book is that?

V: I follow Sarah on social media and she seems great. When she released the blurb, I was sold. The Quick is a vampire novel set in Victorian London. It’s definitely a different take on vampires, and I love it. I’ve been obsessed with vampires since I was about thirteen lol.

L: Oh that sounds really good. I’m not a huge fan of vampires, but maybe their new take on it would change my mind! Do the types of books you read reflect the genre you write in?

V: I want to say no, but I think I’d be lying. I read a lot of paranormal stuff, but my novel – Premeditated – had nothing to do with supernatural creatures. When I write short stories, though, they almost always feature otherworldly elements.

L: Interesting! So what genre is Premeditated in? And remind me, what’s it about, again?

V: Premeditated is an Adult Thriller that follows a few of the inhabitants of the fictional town of Mansfield.

Camille is worried when one of her fellow teachers goes missing.

Spencer is determined to protect Camille after the end of her violent marriage. He chases safety from his father’s abuse only to end up the lone witness to a murder.

Dalton is left to deal with his father’s misconduct after Spencer leaves home. Things start to look up when he meets a charming new friend with a devious plan.

Eric is cunning with a silver tongue, and he’s the only one that knows what’s going on around town. His mother has been missing for days, but it hasn’t stopped his chipper demeanor. The rumor mill is churning out questions, but Eric’s lips are sealed.

L: Wow! I like how each paragraph is a different character you’re describing. It looks very interesting! How long did it take you to write it?

V: It went really quickly. It only took about six months to get it finished.

L: That’s incredible! Congrats again! So, what do you think is your best motivator?

V: Thank you so much!

Also, congrats to you on Fliers! It looks awesome! I just have this insatiable need to write. It’s a pressing, urgent feeling. I think I got used to playing make-believe because I grew up an only child. It’s a hard habit to break.

L: Aw, thank you! That’s so great, though! So, since it’s published now, are you writing anything else at the moment?

V: Yes, but it’s in the very early stages right now. I’m working on the second draft and having someone look it over. I’m not sure what genre it’s going to end up. It started out romantic, and now it’s pretty dystopian. It went from steamy scenes to plotting against the government. So…definitely still a work in progress haha.

L: Oh interesting! I’ll have to keep an eye out for it! In a GIF, how would you describe how your WIP is going?

L: Omg. That’s awesome… But not awesome. But awesome because I love Ben, and that show. So, as someone who writes really fast and published so quickly, do you have any rituals or must haves before you sit down and write?

V: A notebook, a pen, and a Dr. Pepper. I take a lot of notes while I write, and I need the caffeine. I think writers run mainly on caffeine and hope lol.

L: Ooh Dr. Pepper! It’s the Sweet oooone! But no, hope helps too.

L: Since you are published, are there any regrets you have for those who might want to self publish too? Or, any advice?

V: Invest some money in your book if you have the means. I wish my cover had been more grabbing, but at the time I couldn’t afford it. Also, an editor is super important. I could’ve proofread that thing a million more times and still had mistakes, I think. So proofread and edit, get beta readers, listen to other people when they give you advice on your work.

V: My favorite part is rewriting the first draft. It’s like sculpting a lump of clay, taking something that’s lacking and making it beautiful. I hate condensing the writing into blurbs or query letters. Synopses are the worst.

L: Exactly! I agree about blurbs, too. I actually just tried to do mine today for my second book. It’s such a pain!

L: What about music? Do you need it to write or have an particular songs that encourage you?

V: I don’t need it to write, but I do listen to music sometimes. I listen to a lot of rap music, which is surprising to some people haha. I just like that they can fit so many words into such a short amount of time, and make it sound melodic.

L: Words of a true writer; obsessed with words.

I like that answer though. I like how they can be creative with rhyming words you never would have put together before. Like musical poets. haha

L: I get you, girl. So, who would you say is your favorite literary character?

V: OH wow. That’s a big question. I have no idea. I love so many. Probably Rubeus Hagrid, though. He’s the sweetest, most loving man. All he wants is to care for other creatures, no matter how dangerous they may seem.

L: Best answer ever! I love Hagrid! Besides writing, Mylynne, what is it you do for fun?

V: When I get free time I love to watch movies. I love the whole process of going out and getting popcorn and a soda, finding your seat in a dark theatre, stumbling over the steps because you walked in during the previews and it’s really dark, sticky floors, blaring speakers. I love all of it lol. That’s like a super run on sentence…but it’s fine lol

I love going to movies too. Even the not so good movies, still fun at the theater. haha

V: Yes, absolutely. I have gone to the theater and purposely picked out the worst movie before lol. Small town boredom lol.

L: I have to bring this up, because I know I asked this when we first met; and I’m sure everyone else out there wants to know. What does the ‘V’ in your name stand for?

V: Not to be annoying or overly dramatic, but I don’t want to admit what my first name is. I share the first name with my grandmother. However, my grandfather’s middle name was just V. so I decided to adopt that instead of using my actual first name. Both of them have passed away now, and I think this is my way of including them in each of my books.

L: That’s so cool. Great way to honor someone.

L: Do you think they had a pretty big influence on your writing then?

V: My grandmother – Nan – was a writer. I still have a framed poem that she wrote for me when I was a baby. That’s actually the last piece of her writing, the rest has been lost in one way or another. My grandfather passed away in February and it was terrifying to me. He got sick unexpectedly, and I thought he was going to be fine. He seemed too tough to die, honestly. When he passed away it was a jarring thing, like I have to publish this manuscript. No one knows how long they have left. Any of us could go at any time, and I know this is something I want to do. So a month after he passed, I published Premeditated.

L: Aw… That’s so crazy. I’m so sorry to hear that. My condolences. I’m sure they are looking down on you though, extremely proud of what you’ve done.

L: You’re welcome! Alright, Mylynne, last question. What advice you would you give to aspiring writers out there who might be struggling for a voice?

V: Go with your gut. Write what you want to write. Whatever story you feel in your soul, put it down and share it.

L: Very solid advice. Thank you so much for talking with me!

V: Thank you for talking with me! I had an awesome time! 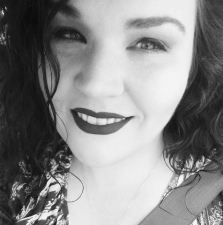 V. Mylynne Smith is an independent fiction author. She grew up in Jay, Oklahoma but moved to Arkansas when she met her husband Kevin. The two of them share a home with a cat, Bandit, and their pitbull, Renegade.

Smith primarily writes thrilling tales, often with elements of the supernatural. She has an infatuation with psychopaths that often bleeds into her writing. Smiths writing style takes one on an emotional roller coaster with twists that leave the reader breathless. 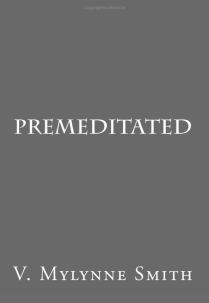 Camille and Spencer have long watched each other’s torment from opposite sides of Gunner Road. He saw her struggle through a violent marriage while she watched him and his younger brother, Dalton, attempt to escape their father’s abusive hand. Spencer finds himself homeless after his father’s rage flares. Early the next morning his temporary is turned into a crime scene and he becomes the sole witness of a murder at the hand of a hometown hero. Meanwhile, without Spencer, Dalton finds himself in the forbidden Crystal Heights trailer park with a newfound friend. Eric is inviting, happy, and calculated; all strange traits for someone whose mother has been missing for days.

Are you an independent writer or author? Contact me to be featured in the Indie-Go Interviews!

How fitting this came up! 😄💓
MEEEEAAAATTTT 🤤🤤🤤
🌻♥️🌻
I know this isn't the grand canyon, but it's gotta be at least a second or third cousin of it. Cause it's friggin huge! This is the Lavender Mine outside of Bisbee, AZ. Of all the times I've been to that town, I've never thought to venture over here! It's seriously an amazing sight.