Sydona found herself in complete darkness and silence. Her heart pounded with every passing second. Through padded earmuffs, she heard a faint beeping noise coming from her wrist. She ripped off the thick blindfold and earmuffs and threw them to the ground. The blinding sun caused her to squint her icy blue eyes but not enough to prevent her from investigating the new surroundings. She stood in a sparse stand of spruce and could easily see into the distance. Many of the trees had broad trunks large enough for objects to hide behind. The forest stood eerily quiet with only an occasional bird chirp and flutter of wings. She touched the ground and scattered the leaves in search of clues. Several lines of leaves laid flattened; she presumed by a car. The tire tracks led north, into the unknown.

She removed a pistol from her hip and held it out steadily in front of her. Moving quickly and silently through the trees in her rugged black boots, she watched her back with every step. Eagle Lake came back into her mind. So many loved ones–gone. The image of Evelyn, her mother, and the look in her eyes as she passed away burrowed its way to the front of her mind. She then thought of Maverick’s last moments in battle. All he wanted was to see his daughter one last time. 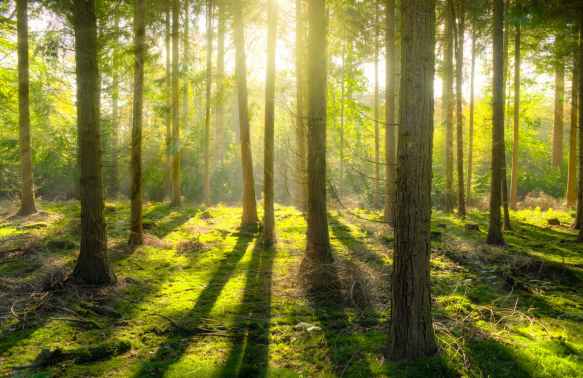 Just then, a man popped out from behind a tree with a gun pointed at her. Her haunting thoughts tried to distract her, but she squeezed her eyes shut and focused on the blackness. As she breathed in and out, Sydona’s eyes flew open, and she steadied her hand. Staring down the sight of her pistol, her index finger jerked the trigger, and he went down. She confirmed the shot and kept moving.

Leaves crunched and she pivoted quickly to shoot. Sydona pulled the trigger each time another appeared. With every gunshot that echoed through the forest, her focus intensified until she moved off pure instinct.

Taking another quick glance around her surroundings, she confirmed she found everyone and moved on. She glided along the ground, following the tire marks. They eventually led her out of the forest and into a small abandoned town. Her senses heightened as she noticed several buildings tall enough for snipers and possible lookouts. Many of the buildings had broken windows, some with cardboard and dated graffiti. Only one car resided on the side of the road, but it was gutted out and stripped for parts. It wasn’t the same car from the tracks, judging by three missing tires and one flat. The small town had just one main street straight and short enough to see through to the other side. Sydona thought finding the vehicle wouldn’t be difficult. A couple alleyways stretched between buildings on the other side of the road, but she was unsure if they were large enough for a car. With no carports or garages around, she had to investigate.

Sydona glanced down at her wrist watch. She was at the eight-minute mark. She clenched her fists and bit her lip, unhappy with the readout. Sydona ran over to the side of the road and pressed herself up against the buildings with her weapon ready. Spotting a quick movement inside a window on the south side of the street, she aimed her gun and pulled the trigger. She made her way down the wall to an alley she assumed could fit a small car and searched again for tracks. The dirt road looked undisturbed. She dashed down the alley toward a large dumpster. She should have been more cautious.

The woman tried to punch her, but Sydona took her down with a sweeping kick. Before she could make another move, her opponent drove her boot into Sydona’s stomach to push her back. All the air in her lungs escaped instantly, and she hurled over in pain. This gave the woman a chance to stand back up and face her. They swung at each other a few more times before Sydona made contact with her jaw and slammed her back to the ground. She pinned the woman down with a fist ready to keep punching, but she tapped Sydona on the leg. They nodded at each other respectfully. Sydona stood back up and ran back to her gun. She continued to look for the missing vehicle. Along the way she took out a couple more people hiding in doors and windows. 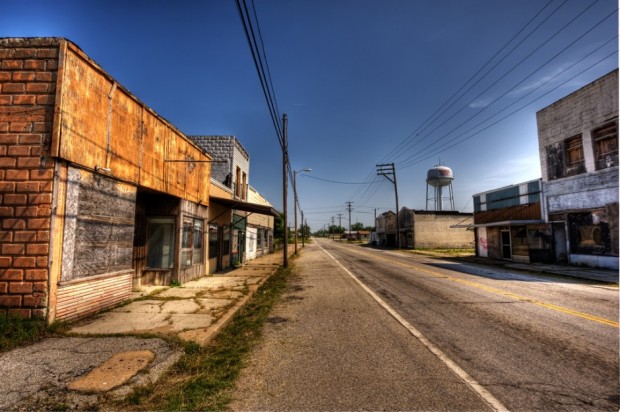 As she turned the corner of a brick building, she saw the one thing that stuck out from the rest of the town: a shiny red van. Just to be sure, she approached it and peeked inside the windows. It was empty but still in good condition. It had to be the same one from the woods. She placed her sweaty hands on the hood of the van. It was still warm, and parts rattled from the engine settling. The only other unusual part of the area was a metal door on a nearby building with a mechanism on the side. It reminded her of the numbers on a payphone but with a digital green screen above it.

She picked the most obvious code she could think of and entered it in. ‘NFA’.

Her hands shook, and she glanced at her watch again. Twenty-two minutes. Gritting her teeth at the time and drawing a blank as she stared at the keypad, she tried a few more codes.

Sydona’s hands vibrated even more as each attempt failed to open the door.

“Don’t worry, Gia. I’m getting you out,” she said to herself.

Glancing down at her wrist, she wasted an entire minute thinking of the code. Then, a light bulb went off in her head. What does the NFA strive to have the ability to do? Of course.

She entered in ‘FLY’. The light flashed green, and the door clicked open.

Turning the rusty handle of the abandoned building, she crept into the darkness waiting inside. It reminded her of an old office building. A circular reception desk stuck out proudly in the lobby, while a long hallway on the right side housed several offices. Sydona thought back to what Willow told her about where the NFA kept their laboratories. To keep citizens from stumbling onto them, they normally set up in basements where they could work in secret. She searched for stairs leading down. As she made her way down the hallway, a few more people showed up with guns, but Sydona took them all out.

Time was running out, and she needed to find Giovanna before it was too late. She ran to the back of the building where she hoped to find an emergency stairwell leading to a basement. Another man ran into her on the stairs, and she took him out with no issues. At the bottom, the place opened up into a large hollowed out parking garage. It had remnants of an old camp Willow mentioned the NFA did experiments in: broken glass, cots with holes, a couple white tents that looked halfway broken down. They were in a hurry to leave.  A brick wall created a makeshift office in the corner of the lot. It was clear it wasn’t made when the original building was constructed, just like the garage. The only place that seemed logical to hold a prisoner was in that room, and Sydona bolted straight for it. 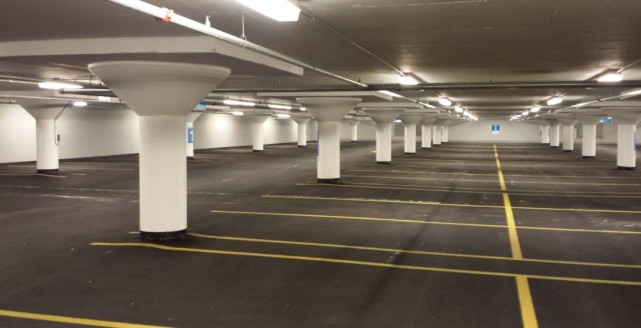 Two guards stood in the doorway. They both seemed surprised at her presence, and she used that to her advantage. As they fumbled with their weapons, she took both out with ease. Sitting on the back counter of the office, Giovonna greeted her with a big smile. Sydona ran past her and slammed down a big black button on the wall to sound the alarm. A clock with big red numbers on the wall synced up with her watch, and it stopped at twenty-nine minutes and four seconds.” Tried a new thing! It's actually pretty tasty! This seasoning is so good on like literally anything.
It's time...
Missing the open road.
How fitting this came up! 😄💓